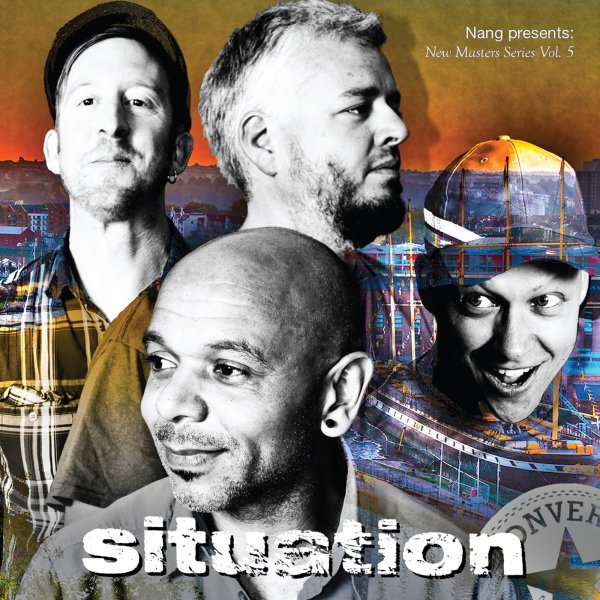 Situation really do a great job of transforming other folks' tunes here – so much so that the results are really a lot more their own than any sort of familiar remix modes – which is the CD is more of a full album by the band, then just a collection of cuts! Contemporary rhythms and production are mixed with a range of sonic sources that go back to the early 80s – and the album has some of the warmer, more soulful elements that warrant its release on the Nang label too. Titles include Situation reworks/remakes of "Fade To Grey" by Visage, "Jankos Drug" by Dark Punk Hippies, "RU Ready For This" by Fabiolous Barker, "I Got You" by George Kelly, "I Ran" by A Flock Of Seagulls, "Strange Kind Of Love" by Love & Money, "Hold On" by Rubber Lips, "Jealous Girl" by Pure Conjecture, "Don't You Worry About A Thing" by JazzyFunk, and "Perfect System" by Julian Sanza and Andre Espeut.  © 1996-2021, Dusty Groove, Inc.