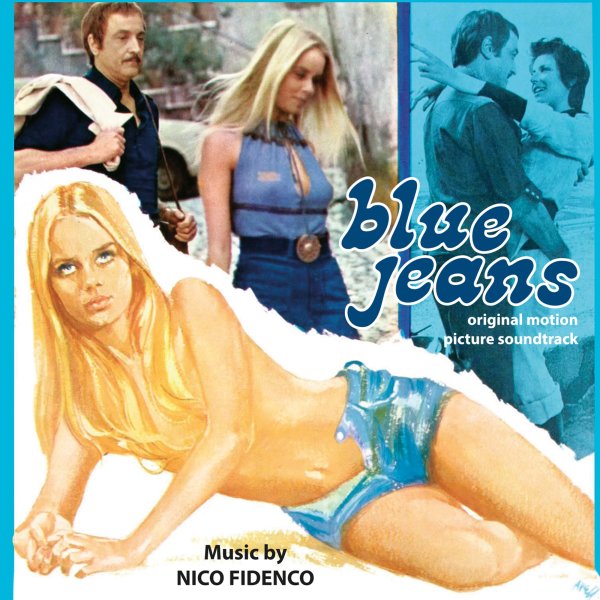 A sexy little soundtrack from Nico Fidenco – penned for this mid 70s film about a teenage prostitute who works under the nickname "Blue Jeans"! The music's got a wonderfully whimsical feel – not as electric or Euro-erotic as you might expect from the cover, and often put together with a lively, leaping sensibility in the rhythms. Instrumentation includes acoustic guitar, flute, and some well-crafted percussion – sometimes played as melodically as the other instruments in the mix – and at times, bits of strings slide in slightly, underscoring a few darker moments in the narrative with Morricone-like tension. The group Cyan perform two vocal numbers – "Blue Jeans" and "A Final Step" – and the CD features 16 other tracks, all titled "Blue Jeans".  © 1996-2022, Dusty Groove, Inc.
(Limited edition.)

Checkmate – Original TV Soundtrack
Columbia/Banda Sonora, Early 60s. New Copy
CD...$12.99 14.99 (LP...$9.99)
One of the greatest crime jazz TV soundtracks ever – a searing batch of tracks from the pen of Johnny Williams! The work on the set is possibly more famously known from the Shelly Manne album of small combo performances – but this original soundtrack is possibly even more exciting, as ... CD