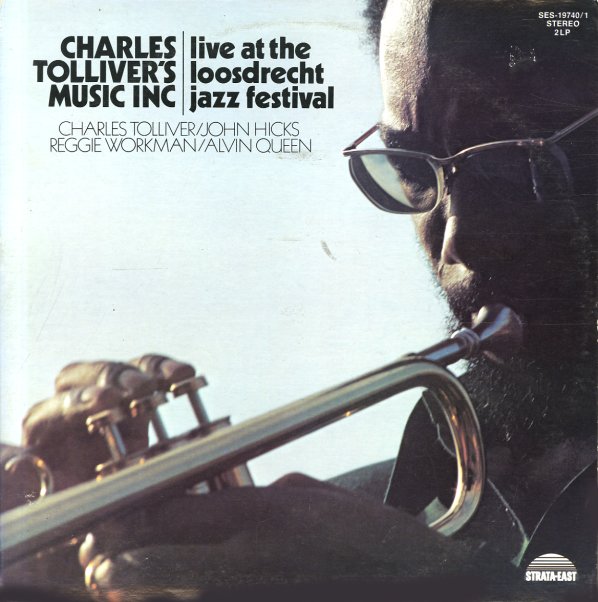 A searing live set from trumpeter Charles Tolliver – one of the few talents who could take his instrument into the kind of long-blown, beautifully open territory explored on a double length album like this! Tolliver maybe inherits a late Lee Morgan quality, but also opens up with the Woody Shaw generation – but at a level that's even more exploratory than Woody, and which follows up the fantastic sounds of his two part Live At Slugs albums, issued slightly earlier on the Strata East label! Strata is a name that's come to be synonymous with the best in spiritual jazz of the 70s – and Tolliver is the key figure at the top of that legacy – really making magic here in a quartet that includes John Hicks on piano, Reggie Workman on bass, and Alvin Queen on drums. Titles are all nice and long – and include "Grand Max", "Truth", "Prayer For Peace", "Our Second Father" and "Repetition".  © 1996-2022, Dusty Groove, Inc.
(Limited edition 180 gram pressing!)