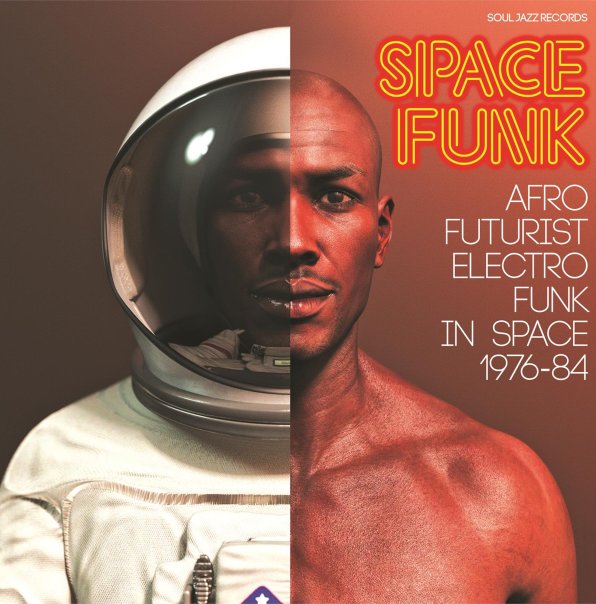 Sun Ra was one of the first 20th Century artists to soar off in space, and George Clinton followed his lead with the Mothership in the 70s – and after that time, there was a surprisingly huge legacy of funk and soul artists who also headed for the cosmos – as you'll discover in this very unique set! The package is one of the deepest-digging soul collections we've ever heard from Soul Jazz – as most of the material here is pretty darn obscure – tracks that are from farther in the hinterlands of American soul at the end of the 70s and start of the 80s – and which are heavy on the sort of electrified touches it must have taken to send a funky spaceship out into the stratosphere! Many of these cuts have a sweet electro soul groove, which includes some nice keyboards and even a bit of vocoder work too – while others have a more old school funk approach, but still plenty of cosmic vibes in the mix. Titles include "Supersonic Space Lady" by Ernest Flippin II, "Make It Good To Me Baby" by Copperfield, "Break Out" by Rodney Stepp, "Computer Funk" by Ose, "Fly Guy & The Unemployed" by Ramsey 2C/3D, "Fee Fi Fo Fum" by Leo, "Bionic Funk" by Santiago, "Space Invaders" by Solaris, "Computer Power" by Jamie Jupitor, "Plastic" by Juju & The Space Rangers, and "Computer Games" by Frank Cornelius.  © 1996-2021, Dusty Groove, Inc.

Written On The Wall – American Soul Music 1958 to 1974 (3LP set)
Cairo/Mississippi, Late 50s/1960s/Early 70s. New Copy 3LP
LP...$39.99
A great overview of classic soul music – done in the best style of this Cairo Records series from Mississippi – which means a fantastic choice of cuts, and a beautiful booklet of notes and photos to accompany the music! The set is almost worth the price of the book alone – full ... LP, Vinyl record album