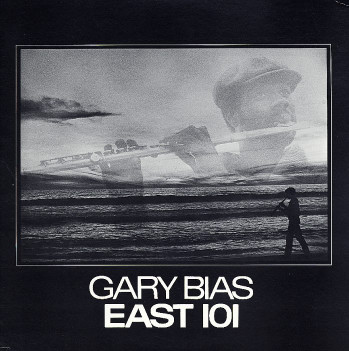 Also available
Gary Bias — East 101 ... CD 9.99
A dream of a record from the LA spiritual underground of the 70s – and one of the only records we've ever seen from reedman Gary Bias! The date's got a soulful depth that makes it one of the most compelling albums on the legendary Nimbus label – a rhythmic pulse that's often modal, and a sense of spiritualism in the solos that often has Gary stretching out strongly on alto, soprano sax, or flute – yet always with an inherent focus, and strong sense of direction! Other players are equally great too – David Tillman on piano, Rickey Kelly on vibes, Roberto Miranda and John Heard on bass, and Fritz Wise on drums – and the tunes are wonderful original numbers that mark Bias as an extremely strong voice in jazz – one that should have gotten better exposure over the years. The album's got a great Strata East sort of vibe – and titles include "As Children Play", "East 101", "Asiki", "Arthur's Vamp", and "Dear Violet".  © 1996-2023, Dusty Groove, Inc.
(Limited edition 180 gram pressing!)

Live at Slugs Vol 2 (180 gram pressing)
Strata East/Pure Pleasure (UK), 1973. New Copy Gatefold (reissue)
LP...$42.99 44.99
A classic performance by one of the most groundbreaking soul jazz groups of the 70s! Tolliver's leading his Music Inc ensemble here – an important quartet that featured him on trumpet, Stanley Cowell on piano, Cecil McBee on bass, and Jimmy Hopps on drums. During their time recording for ... LP, Vinyl record album