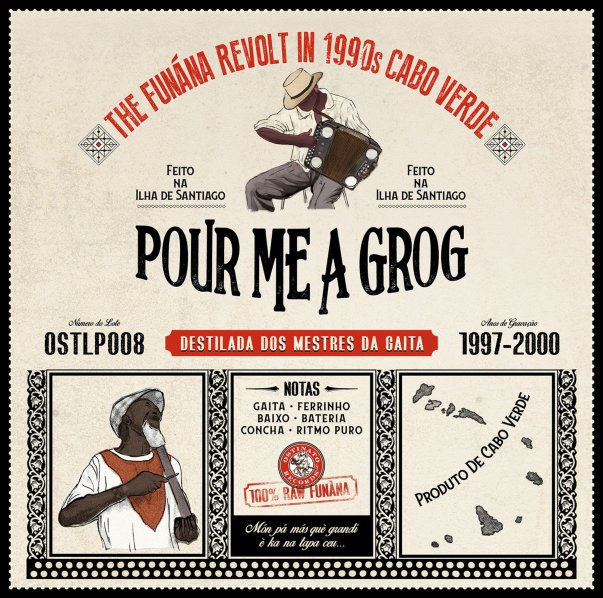 A really amazing criss-cross of musical modes from the island of Cape Verde – a nation that already gave the world many musical hybrids over the years, but really knocked things out of the park with the electrified funana movement in the 90s! The sounds here are ancient at the core – rootsy percussion and accordion, used in ways that echo South American styles from decades past – but the grooves are quicker, and electrified by beats, keyboards, and other more contemporary elements – so that the music is really set on fire, and burns with a really unexpected sense of urgency! The bpm count on most tracks is pretty high – which makes the deft work of the accordionists even more amazing – and as always with the Ostinato label, the whole thing comes with some wonderfully detailed notes on the music and culture. Titles include "Pom Um Grogu" by Peps Love, "Mo Na Mama" by Bitori E Fefe Di Calbicera, "Rabidanti" by Orlando Pantera, "Nha Boi" by Tchota Suari E Chando Gracioso, "Rei Di Tabanka" by Ferro Gaita, "Mulato Ferrera" by Etalvino Preta, and "Nha Lutcha" by Avelino E Orlando Pantera.  © 1996-2022, Dusty Groove, Inc.