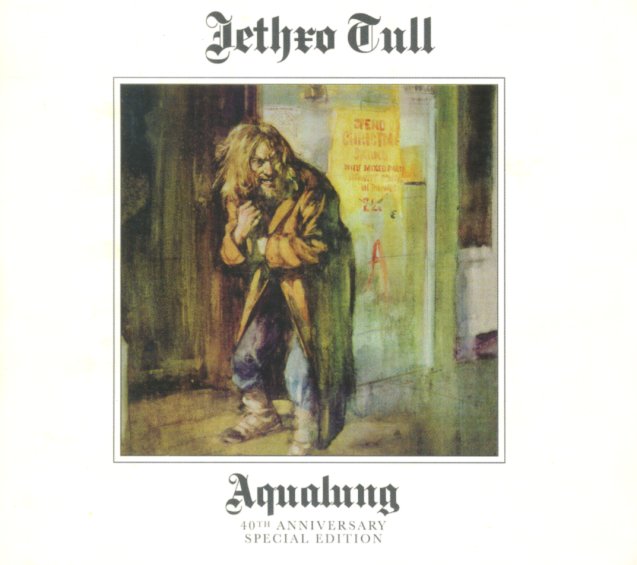 The album that really broke Jethro Tull out of the prog rock underground and into the mainstream – and a set that showed that the group weren't just a combo with creative use of flute, but a band that could really rock off their ass when they wanted to! Previous records were all pretty great, but there's definitely something special in the air with this one – an extra-amped version of the group that even seems to have Ian Anderson's flute blowing out all stops, and his vocals sounding even more menacing than before! Martin Barre's maybe the real master, though – searing on guitar, and punctuating all of Anderson's efforts with his own mad energy – on titles that include the classic "Aqualung", plus "Wondering Aloud", "Cheap Day Return", "Cross Eyed Mary", "My God", "Slipstream", "Locomotive Breath", "Wind Up", and "Mother Goose". Anniversary edition includes a bonus disc with previously unreleased material, including early versions of later album tracks.  © 1996-2022, Dusty Groove, Inc.
(Out of print.)