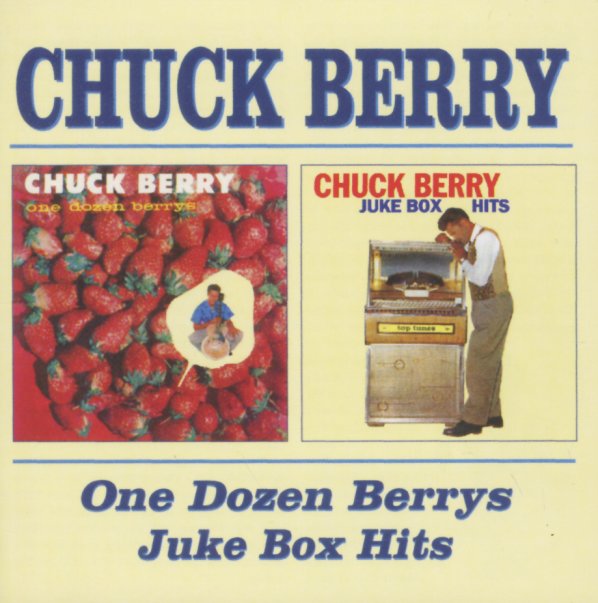 Two classic Chess albums from Chuck Berry – issued here on a single CD! First up is One Dozen Berrys – the fresh fruits of the labors of a young Chuck Berry – heard here at his raw, early best! The sound here is stunning – a version of Chuck that gets way past any oldies cliches – and which reminds us that at the start, his music was coming from the same Chess Records fount as Bo Diddley's riffing guitar and Muddy Waters' Chicago blues! The tunes all work together perfectly – and the familiar numbers fit in perfectly with overlooked gems that really make the album great – especially when Chuck's guitar is really given a chance to step out and solo. Titles include "La Juanda", "Sweet Little Sixteen", "It Don't Take But A Few Minutes", "Rock & Roll Music", and "Low Feeling". Juke Box Hits is way more than a "hits" album – as it's filled with some great obscure material that always gets eclipsed by Chuck's big hits. Despite the idea that these would be "new jukebox hits", the material has an approach that was probably a bit too hard for radio, but that's ok with us! Titles include "13 Question Method", "Don't You Lie To Me", "The Way It Was Before", "Away From You", "I'm Talking About You", and "Stop & Listen".  © 1996-2021, Dusty Groove, Inc.