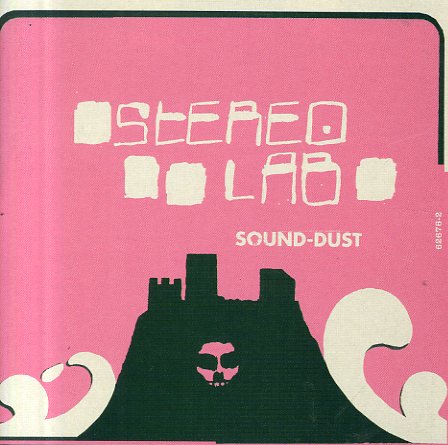 A Stereolab album that's very near and dear to our hearts – given the strong Chicago connection, thanks to production help from both John McEntire and Jim O'Rourke – two amazing musicians on their own, who each bring a special flavor to the album! The music is a wonderful blend of the farther sonic reaches of the group and some of the more tuneful qualities of their earlier years – balanced out in a really wonderful way. The set starts with the vibe-heavy "Black Ants In Sound-Dust", and gets groovier from there with the danceable, hypnotic beats of "Space Moth", and some very catchy horns in "Captain Easychord" – a nice continuation of the longer, more open-ended work on Cobra & Phases record, but with the much more insistently catchy grooves of their earlier material. Other tracks include "Baby Lulu", "Suggestion Diabolique", "Les Bons Bons Des Raisons", and "Double Rocker". Special limited version – with a full bonus disc of demos!  © 1996-2021, Dusty Groove, Inc.
(2019 remastered edition with bonus CD.)