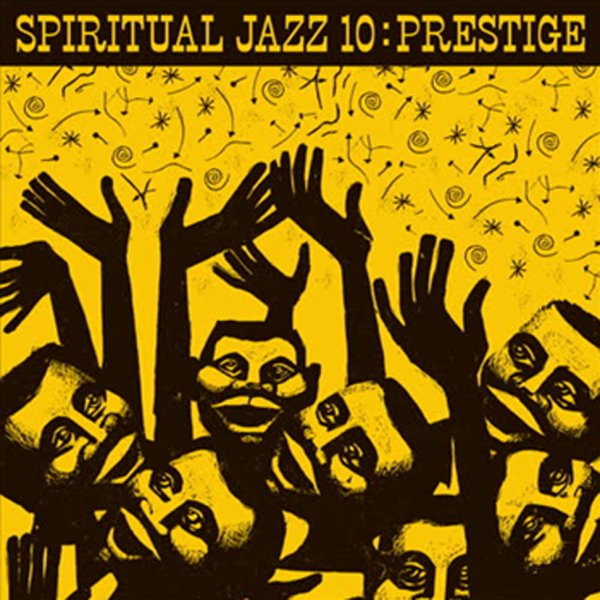 A really loving look at a sometimes-forgotten side of the Prestige Records label – a company that's famous for giving the world plenty of hardbop and soul jazz in the 50s and 60s, but which also helped lay the groundwork for American spiritual jazz to come! Long before Impulse, Strata East, MPS, and other labels were working with the music – and even long before Coltrane first started to soar into the cosmos – Prestige was letting its musicians really experiment with unusual rhythms, extended solos, and even some non-Western instrumentation – which resulted in a set of records that were years ahead of their time, and which still sound pretty darn mindblowing all these many years later! The package is a long-overdue entry in this hip series from Jazzman Records, and will also have you looking at your collection of older jazz in a completely new way – thanks to tracks that include "Summertime" by Ahmed Abul-Malik, "Love Theme From Spartacus" by Yusef Lateef, "Dorian" by Roy Haynes, "Rip A Dip" by The Latin Jazz Quintet, "Warm Canto" by Mal Waldron, "Organ Rounds" by Moondog, "Death & Taxes" by Walt Dickerson, "Song Of Delilah" by Ahmed Abul-Malik, and "Modette" by Roy Haynes – plus 70s tracks "I've Known Rivers" by Gary Bartz Ntu Troop and "Peace" by Idris Muhammad.  © 1996-2021, Dusty Groove, Inc.

Tokyo Dreaming
Sony/We Want Sounds (UK), Early 80s. New Copy
CD...$18.99 (LP...$36.99)
A great dip into the wide world of Japanese pop in the early 80s – a set that does a nice job of bringing in some elements from the world of jazz, and showing just how much a range of electric modes flowed together in Tokyo at the time! Some of these artists were doing more offbeat work, ... CD