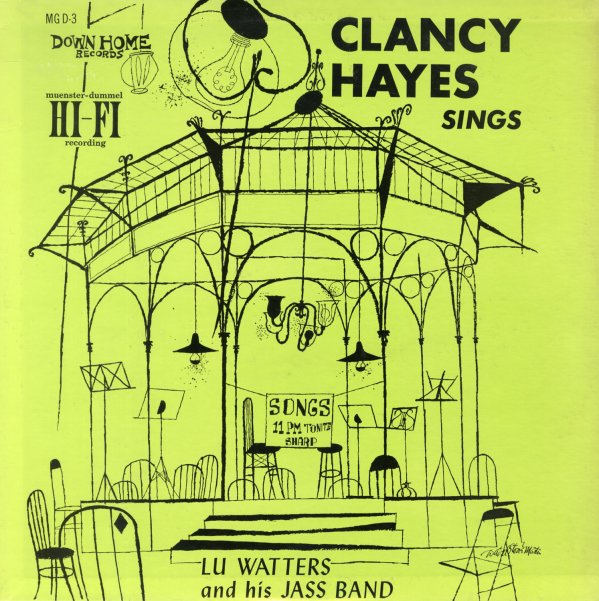 With Clancy Hayes on vocals and banjo, Wally Rose on piano, Dick Lammi on bass, Bob Helm on clarniet, and Lu Watters on washboard, plus Bill Dart on drums, Warren Smith and Don Noakes on trombone, and Pat Patton on banjo. In a nice David Stone Martin cover too!  © 1996-2021, Dusty Groove, Inc.
(Orange label pressing with deep groove. Cover has light wear, some aging, and a half split top seam.)