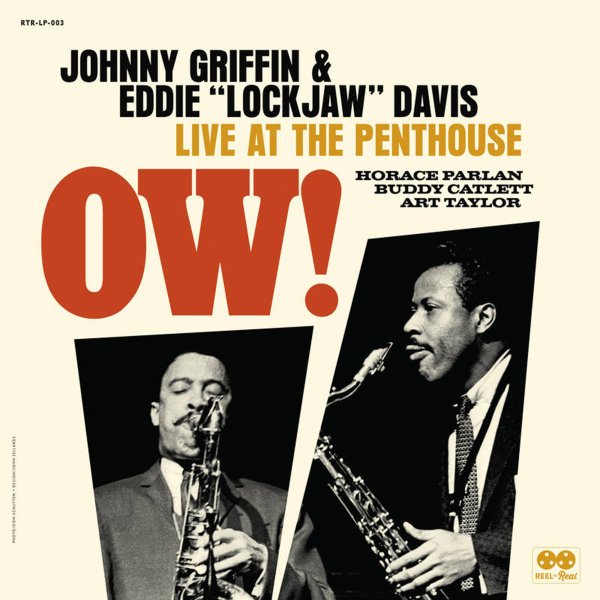 A never-issued live date by two incredible tenor giants – the legendary team of Johnny Griffin and Eddie Lockjaw Davis, working here with the same intensity as their famous albums of the early 60s! As with those dates, the duo really take off when recorded in a spontaneous performance setting – which is the case here, on two shows captured at Seattle's Penthouse night club, but with a vibe that's very much like the fire that the pair would set on their famous shows back in New York! The rhythm trio is rock-solid too – Horace Parlan on piano, Buddy Catlett on bass, and Art Taylor on drums – players who are both able to move with strong boppish energy, but also hit all the right modern moments that both musicians invoke – as Griff and Lockjaw match tenor solos with brilliant energy, on titles that include "How Am I To Know", "Second Balcony Jump", "Bahia", "Blue Lou", "Ow", "Blues Up & Down", and "Tickle Toe".  © 1996-2021, Dusty Groove, Inc.
(Limited, numbered pressing!)