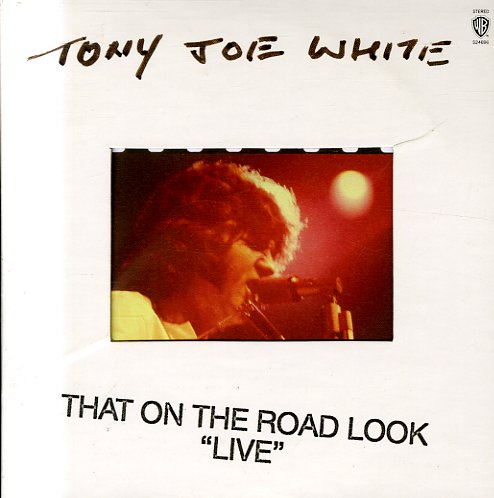 Really great material from Tony Joe White – a never-issued live album recorded during his early 70s stretch at Warner Brothers – done with a raw, stripped-down vibe that offers up an even grittier take on the territory of his early albums for Monument Records! The group is pretty small on the set, and Tony's mostly playing acoustic guitar – and singing in a way that's every bit as earthy and swampy as before, but much more personal too – kind of like we're getting a chance to see a side of his personality that he'd sometimes keep hidden. Titles include "Mississippi River", "Rainy Night In Georgia", "Roosevelt & Ira Lee", "That On The Road Look", "My Kind Of Woman", "Willie & Laura Mae Jones", and a 10 minute take on "Polk Salad Annie".  © 1996-2021, Dusty Groove, Inc.
(Limited edition white vinyl pressing!)

Astral Weeks
Warner/Rhino, 1967. New Copy (reissue)
LP...$24.99 25.98
Van's debut album for Warner Brothers and a pretty radical departure from anything he'd done before – breaking all kinds of new ground for his own most creative work and helping pave the way for all kinds of hauntingly poetic rock, folk rock, and singer-songwriter records to come! It doesn't ... LP, Vinyl record album

Anthem Of The Sun (1971 remix – 180 gram pressing)
Warner, 1968. New Copy (reissue)
LP...$21.99 23.99 (CD...$5.99)
A classic set from the Grateful Dead – and one that features the group mixing studio tracks with their rising fame as a must-see live act! The package features both concert and studio recordings, and there's a wonderfully optimistic, late 60s vibe to the whole thing – the group still ... LP, Vinyl record album