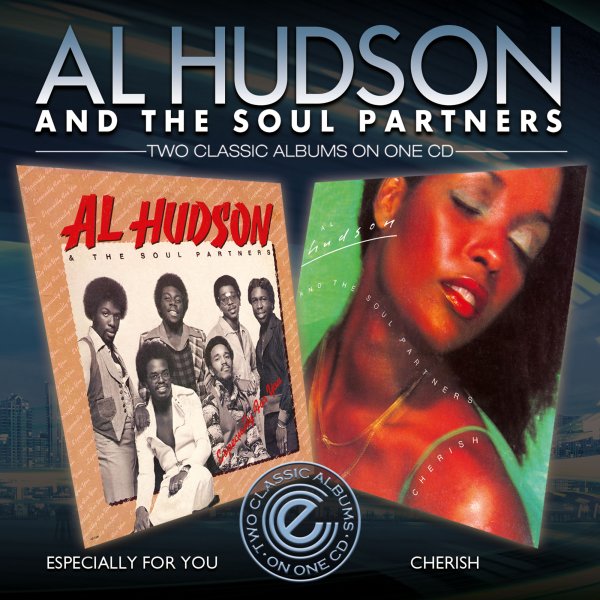 Two fantastic early albums by Al Hudson – working here with his initial group, The Soul Partners! First up is Especially For You – a record that's kind of a first chapter to all the excellent work by One Way to come – even though Al's not using that group name at this time! The record's got this cool, classy vibe – an update of an earlier Detroit soul mode, and one that maybe followed that city's shift a few years later than 70s soul changes in Philly during the decade – and handled with a similar blend of groovers and mellow cuts! The vibe is similar to the great shift The Dramatics were making on ABC Records at the time – and Al and the group work here with production by Al Perkins and arrangements by Jimmy Roach. Titles include "Baby Let Me Love You", "I Got A Notion You Got The Motion", "Real Love", "You're So Wonderful", and "Trying To Prove My Love". Cherish is a funky soul classic from Al Hudson and the Soul Partners – a second full length set, and one that really has Hudson finding his groove! The rhythms are funkier than before – thanks to strong work on bass from Kevin McCord, who also joins Al a bit on vocals – in a mode that still continues the group's strong work on midtempo numbers, but also maybe answers a 70s disco wave with more of a Detroit funk overall! Great work from the group that would later turn into One Way – with titles that include "Tripped, Slipped, Stumbled, & Fell", "If You Get Caught", "If You Feel Like Dancing", and "I Like Everything About You". CD also features bonus tracks – "Feelings (7" version)" and "If You Feel Like Dancin (12" version)".  © 1996-2022, Dusty Groove, Inc.

Happy Feet (with bonus track)
ABC/PTG (Netherlands), 1979. New Copy
CD...$11.99 19.99
Joyous, bouncy sounds from the legendary Al Hudson – a sweet little set with his Soul Partners group, done in a mode that's right up there with the best music of his One Way combo! The grooves are uptempo, yet are much more rooted in ensemble funk than some of the disco of Al's ... CD

ABC Rarities
ABC/Kent (UK), Mid 60s. New Copy
CD...$9.99 18.99
Finally! Just about every Impressions album from the 60s has been put on CD already, but they've finally come up with a way to get you their great non-LP singles and b-sides, unissued recordings, plus some tracks from the obscure Versatile Impressions album! As with the regular Impressions ... CD