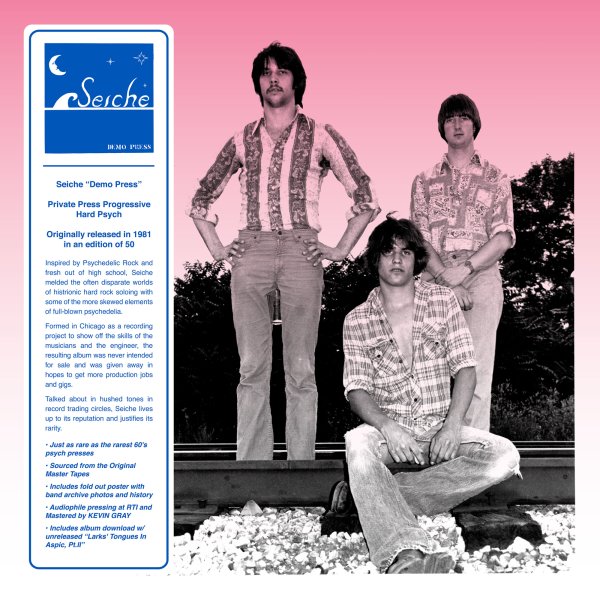 The "demo press" here gives it all away – as the record was never intended for formal release – and instead was a self-produced project by the musicians and the producer! The set was recorded at the end of the 70s, but has a vibe that's very different than most of the music from that time – progressive, but in a casual way – as befits the trio's look on the cover – a group that features Marc Levinson on drums, Tom Vess on bass, and Steve Zahradnik on guitar – with vocals from the latter two. All tracks are original, and handled with impeccable instrumentation – the sort that some major label would have taken, polished up, and made some clunky early 80s crossover record – but which is much more pure here. Titles include "Evidently Me", "Islands", "Dissonant Toys", "Medicine Man", "Good Mourning", and "In The Calm Of Your Eye".  © 1996-2021, Dusty Groove, Inc.
(Includes poster and download with the extra track "Larks' Tongues In Aspic Pt 2"!)