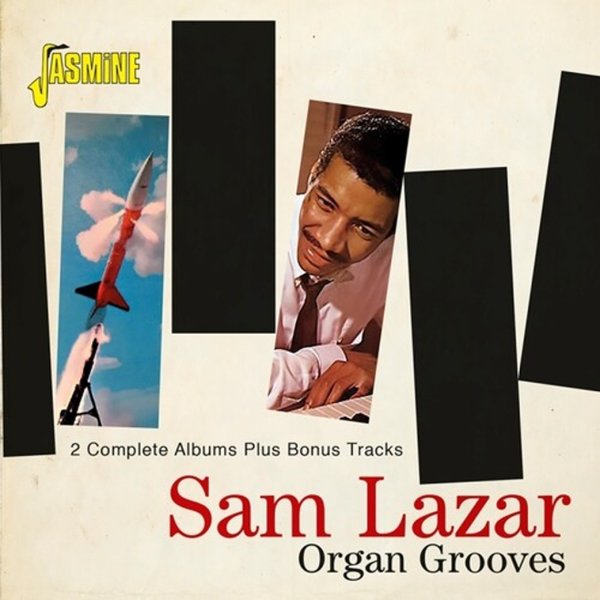 A pair of Hammond jazz classics from organist Sam Lazar – back to back on a single CD, with rare bonus tracks too! First up is Space Flight – a tight batch of organ groovers with a raw R&B feel, recorded by the obscure St Louis organist Sam Lazar – with a very young Grant Green on guitar! The album's a bit different than Sam's other records for Argo – in that the tunes are all quite short, with a tight fast sound that's almost more R&B at times than jazz – a very unusual setting especially for Grant Green! The guitar is nice and loud – really racing to keep up with Lazar's fast work on the Hammond – and other members of the group include Willie Dixon on bass and Chauncey Williams on drums. Titles include "Mad Lad", "Space Flight", "Caramu", "Funky Blues", and "Big Willie". Playback is one of a few rare albums from Hammond player Sam Lazar – a lesser-known artist from the same searing generation as Baby Face Willette and Jack McDuff, but a musician who never full got his due! This record was done for the Argo side of Chess Records, and it's got a raw sound that's equal parts soul jazz and R&B – with Sam doing some great work on the keys, and the obscure tenorist Miller Brisker in the group too – a really great musician who works with lots of unique twists – and spurs Lazar onto new heights of playing, with maybe an even farther reach on the keys than his other albums. Lazar wrote most of the set, and the tracks include "Deep", "Fuzz Buzz", "S&S", "Scootin", and "Long Gone". A nice bit of soul jazz, with a deep rootsy sound all the way through! CD also features the bonus two-part 45rpm single of "Space Flight".  © 1996-2022, Dusty Groove, Inc.