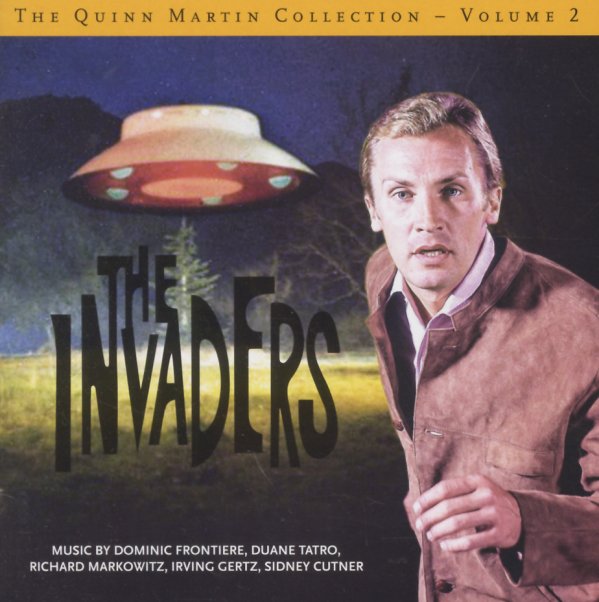 A really cool collection of sci-fi soundtrack work – a massive 79 tracks pulled from the short-lived but excellent TV show The Invaders – a striking visual experience that was presented with some equally great music! The whole thing is a great reminder of a time when the TV studios would really go all-out with a program – allowing a top-shelf composer to write a whole new score every week – often with a great sense of variety to fit the changing narrative on a week to week basis, which is definitely the case here! The package features great material from a host of west coast composers, some of them from the jazz world too – and CD1 features three full scores by Dominic Frontiere, who also wrote the main theme – for the episodes "The Mutation", "The Experiment", and "The Leeches" – plus the groovy "The Go Go A Go Go" by Don Ralke. CD2 features lots more music, and a really good sense of variety – work by modern jazzman Duane Tatro, for episodes that include "Counter Attack", "The Prophet", "Valley Of The Shadow", "The Spores", and "The Saucer" – plus music from more episodes "The Enemy" by Irving Gertz, "Quantity Unknown" by Richard Markowitz, and the episodes "The Condemned", "The Watchers", and "Condition Red" by Sidney Cutner. There's also a few standalone groovy tunes – "Broodin Mood" by Willard Jones, and "Sunset Strip Watusi" and "Cool Fool" by Don Ralke.  © 1996-2021, Dusty Groove, Inc.
(Limited edition!)