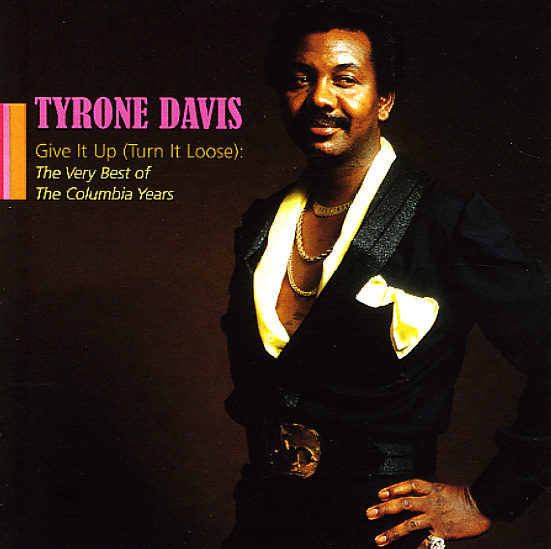 Tyrone Davis on Columbia Records – an incredible combination that makes for music that's quite different than Davis' earlier years on the Dakar label! At Columbia, Tyrone turned his bluesy groove onto a much more sophisticated sound – a smooth-stepping, mellow mature style that was light years ahead of his earlier work – deeply sensuous, and with a richness that still holds up wonderfully over the years. Davis' vocals are still plenty darn soulful in this setting – but in a different way than his initial Chicago roots – and certainly than the more blues-based albums he'd make after leaving Columbia – a territory that's somewhat like that explored by Johnnie Taylor during his Columbia years, although mellower than Taylor overall. Titles include "Get On Up", "I'm Glad You're Here With Me Tonight", "This I Swear", "Close To You", "Let's Be Closer Together", "In The Mood", "Heart Failure", "Leave Well Enough Alone", "Ain't Nothing I Can Do", "Can't You Tell It's Me", and "Just My Luck".  © 1996-2021, Dusty Groove, Inc.