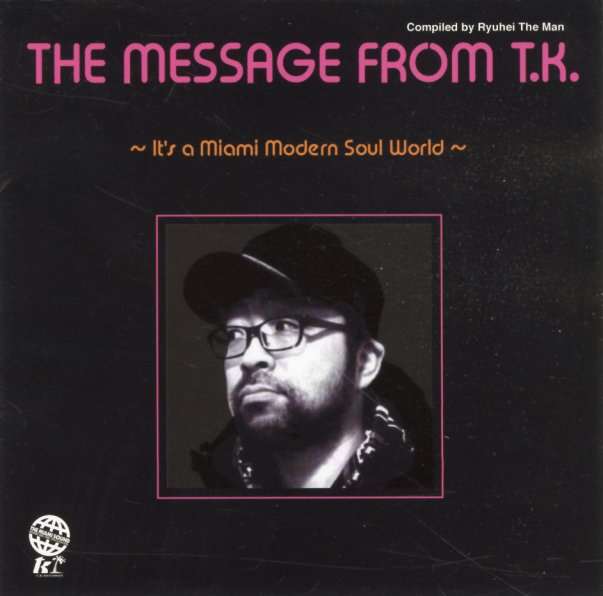 Message From TK – It's A Miami Modern Soul World

A soulful message from the 70s – served up here on a collection that focuses on a mighty nice side of the TK Records label from back in the day! TK hit big fame with its Miami spin on disco in the mid 70s, but the label also had a great ear for other sorts of soul music too – and here, the focus is on the warmer, more sophisticated modern soul tracks that marked their output away from the chart hits – work created in the south, but with a hip vibe that resonates strongly with the best work in New York, Philly, or other northern cities. The tracks are all hand-picked by DJ Ryuhei The Man – who also does his own edits of a few tracks – and the set also features some rare singles from artists who never recorded a full album for TK. Titles include "All This Love That I'm Givin" by Gwen McCrae, "I Like My Birdie" by Leno Phillips, "Keep Her Happy" by Phillip Wright, "Never Had A Love So Good" by Charles Johnson, "Bessie" by JBs Wedge, "It's Your Sweet Love" by Jimmy Bo Horne, "The Way We Life" by Raw Soul Express, "Where Is The Love" by Betty Wright, "Listen To My Heartbeat" by Little Beaver, "Human (Ryuhei The Man express 45 edit)" by Brief Encounter, "What Am I Gonna Do (Ryuhei The Man Miami 45 edit)" by Reid Inc, and "Be With Me (Ryuhei The Man Miami 45 edit)" by Milton Wright.  © 1996-2020, Dusty Groove, Inc.