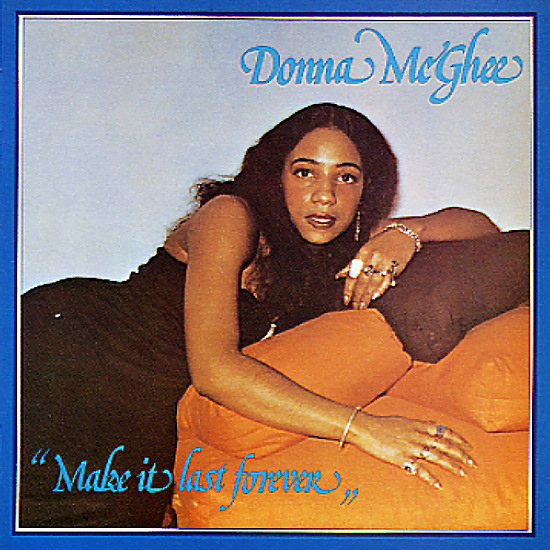 A holy grail, and one of the only records ever cut by Donna McGhee – an incredibly soulful club singer who worked with both Patrick Adams and Roy Ayers! This album's her legendary side for the team of Adams and Greg Carmichael – and it's got a sweet and mellow groove that's unlike anything else we can think of – clubby, but not disco – funky, but not deep funk either – a really unique mode that's hit by very few artists at the time! The record's definitely in the vein of Sylvia Striplin and Pam Todd – but is somehow even more soulful and better put together than work by those two singers – really consistent all the way through, with an undeniable sort of depth. The album includes a killer 6 and a half minute version of Donna's classic "It Ain't No Big Thing", plus the tight groover "Mr Blindman", and the cuts "Do As I Do", "I'm A Love Bug", and "Make It Last Forever".  © 1996-2022, Dusty Groove, Inc.