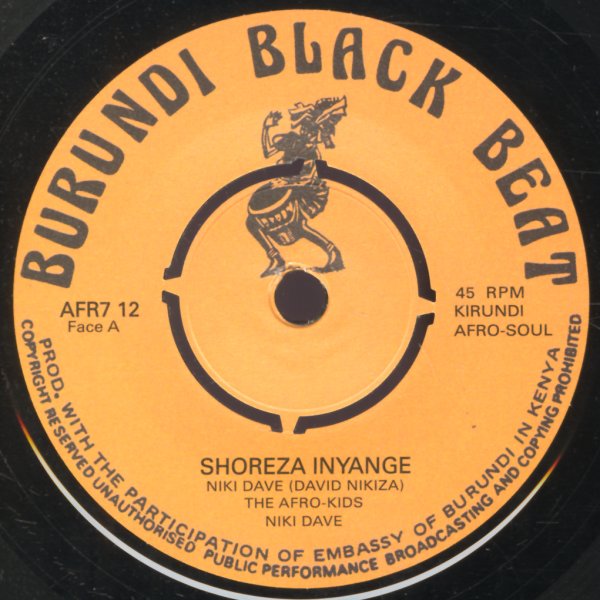 Great grooves from Burundi – two very rare tracks! "Shoreza Inyange" begins with a keyboard flow, then takes a break for a spoken/shouted part from the lead singer – before the whole group rolls into the mix, and soars up the tune with tight horns and rhythms, ensemble vocals, and lots of strange sonic touches along the way! The flipside is even funkier – a great bassline and lots of tight riffing guitar!  © 1996-2021, Dusty Groove, Inc.