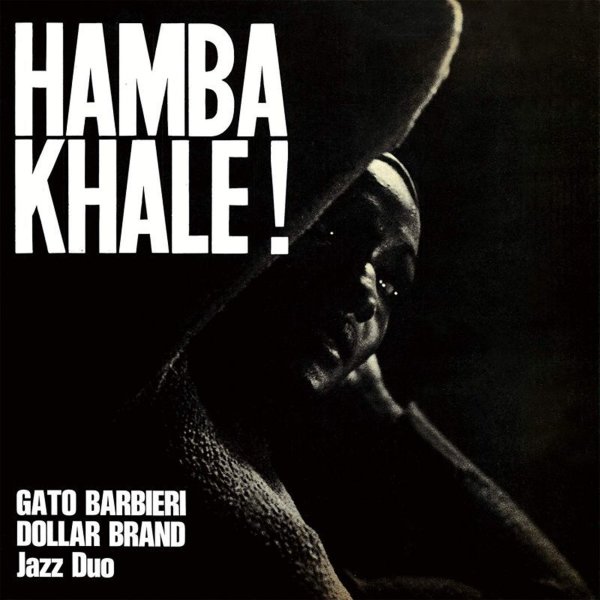 Two jazz giants of the 70s come together on this rare Italian recording from the late 60s – South African pianist Dollar Brand (Abdulla Ibrahim) and Argentine tenorist Gato Barbieri – both working here in spare duo formation, with edges that are a fair bit sharper than most of their later work! The format is incredibly spare – just tenor and piano, plus some occasional cello work by Brand – dark and angular, but also filled with small flowers of hope, flowering in the spontaneous presence of these two great minds – a tremendous spirit that makes the record very different than freer jazz outings, and which maybe points the way towards some of the classic European tenor/piano recordings to come. Tracks are long, with a free flowing quality that's infused with soul and spirit – and titles include "Hamba Khale", "The Aloe & The Wildrose", and "To Elsa".  © 1996-2021, Dusty Groove, Inc.