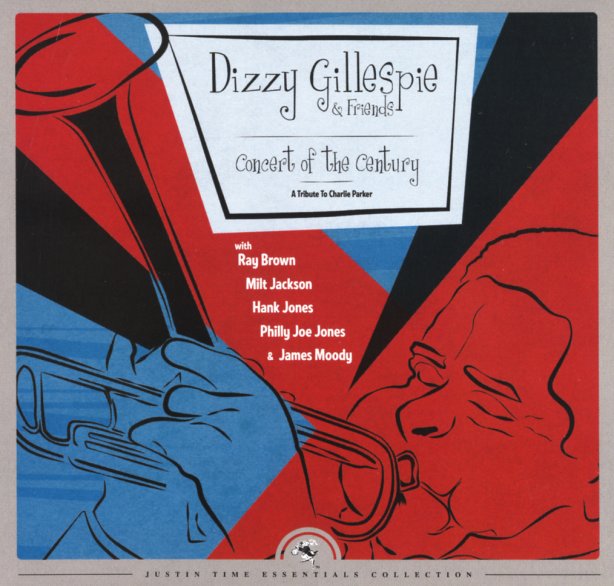 Concert Of The Century

"Concert Of The Century" is a hell of a claim to make – but this is also a hell of a concert, too – one that features Dizzy Gillespie blowing with an all-star small group lineup – in really stretched-out takes on the tunes, at a level that rivals his best 70s material on the Pablo label! In addition to Gillespie on trumpet, players also include Milt Jackson on vibes, James Moody on tenor and flute, Hank Jones on piano, Ray Brown on bass, and Philly Joe Jones on drums – all working together as seamlessly as you'd expect! Titles include "Darben The Redd Foxx", "The Shadow Of Your Smile", "Get Happy", "Blues N Boogie", "If I Should Lose You", and "Bass Solo/Manha De Carnaval/Work Song".  © 1996-2022, Dusty Groove, Inc.
(Still sealed. Shrink has a partila split at the opening.)