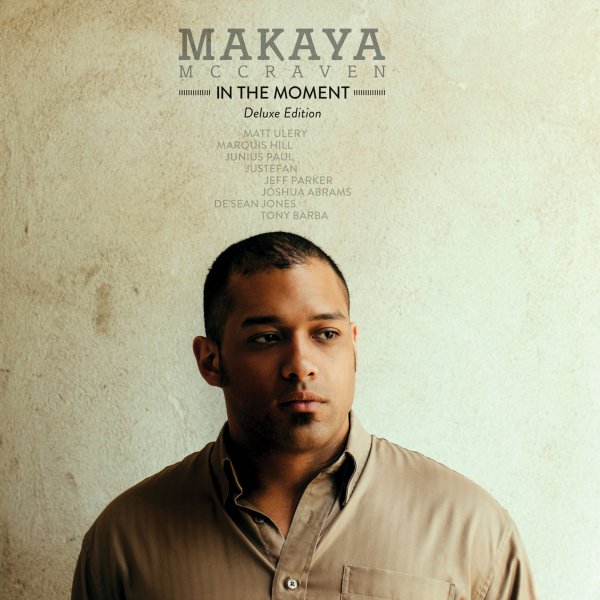 A totally unique record from drummer Makaya McCraven – and a great one too! The set's built around improvised performances recorded over the period of a year – with some of Chicago's best underground jazz talents, including Matt Ulery on bass, Marquis Hill on trumpet, Jeff Parker on guitar, Justefan on vibes, Desean Jones on tenor, Tony Barba on tenor and electronics, and Josh Abrams on bass – and the performances are then edited down into these shorter, focused tracks that are really wonderful! The music is still quite live in its approach at most moments – and often given a very rhythmic pulse in the way it's put together, but never in any sort of hokey or heavy-handed remix way. The basslines are wonderful – full, round, and very modal – and titles include "The Jaunt", "Time Travel", "The Encore", "The Drop", "Finances", "Just Stay Right There", and "Three Fifths A Man". Expanded 3LP edition – with a record's worth of additional material, the E & F sides of the project – titles that include "Next Step", "Trading Bars", "50 Thousand Miles", "The Master", "The Dimmer", "She Knows", and "Standing On Shoulders".  © 1996-2021, Dusty Groove, Inc.

Universal Beings E & F Sides
International Anthem, 2020. New Copy
LP...$20.99 21.99 (LP...$19.99)
A really great idea for a record – and one that echoes the same "E & F" mode that Makaya McCraven brought to his previous album! The approach here is as unique as the drummer himself – in that McCraven went back to the sessions for the core album, and pulled out material ... LP, Vinyl record album

Raw Demoon Alchemy – A Lone Operation (pink vinyl pressing – with foil-dipped features on jacket)
Northern Spy, 2021. New Copy
LP...$23.99 24.99 (CD...$12.99)
Strong solo work from saxophonist Darius Jones – a set that really lives up to both the "raw" and the "lone operation" in the title – as Jones blows here in a space that's very much all his own – with raw emotionality in the spotlight all the way through! Yet ... LP, Vinyl record album