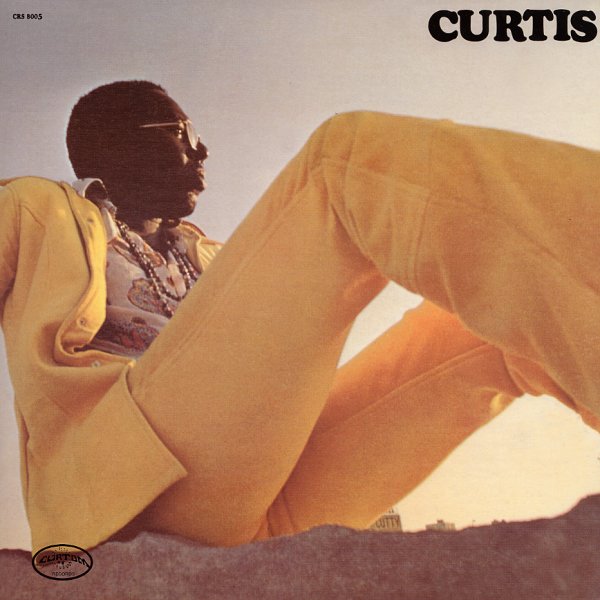 Also available
Curtis Mayfield — Curtis (deluxe edition – with bonus tracks) ... CD 9.99
A mindblowing solo set from Curtis Mayfield – a record that not only foregrounds all the subtle politics he'd been forging in the Impressions during the 60s – but one that also really has Mayfield exploding as a force to be reckoned with in the studio! The album's a personal masterpiece – to the career of Curtis what the early solo albums of Issac Hayes were to his own genius – a bold, unfettered statement of pride and power – of the sort that would both make Mayfield and the Curtom Records label forces to be reckoned with in the 70s. Every cut is a classic – and titles include "Move On Up", "If There's a Hell Below We're All Gonna Go", "Miss Black America", "Wild & Free", "Give It Up", "The Makings Of You", "The Other Side Of Town", and "We the People Who Are Darker Than Blue".  © 1996-2022, Dusty Groove, Inc.

Superfly (with bonus tracks)
Curtom/Rhino, 1972. New Copy
CD...$9.99 11.99 (LP...$59.99)
Curtis Mayfield's lasting classic – and an album that the world will remember forever! Apart from being his hugely successful entry into the blacksploitation soundtrack field, this album's also a monster set of grooves that includes some of Curtis' funkiest work ever – a record that ... CD