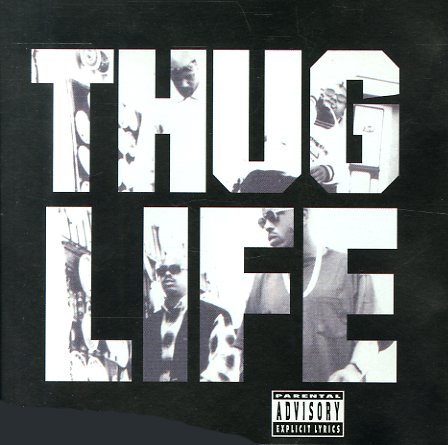 The first and only volume from Tupac's Thug Life group – with Big Syke, Macadoshis, Mopreme, The Rated R guest appearances by YNV & Nate Dogg – raw street rap with an uncommonly soulful backdrop for the time! Thug Life came out in the midst of the early 90s gangsta rap media backlash, and whether or the final track list was a result of that or not, the mix of hardcore rhymes with some more tender soul samples of The O'Jays, Curtis Mayfield and more on a few tracks give a more contemplative vibe here and there – and Tupac is at near peak charismatic flow on his turns at the mic, too. Includes "Bury Me A G" with Natasha Walker of YNV, "Don't Get It Twisted", "Pour Out A Little Liquor", "Stay True", "Under Pressure", "Street Fame", "Cradle To The Grave", "Str8 Ballin'".  © 1996-2021, Dusty Groove, Inc.