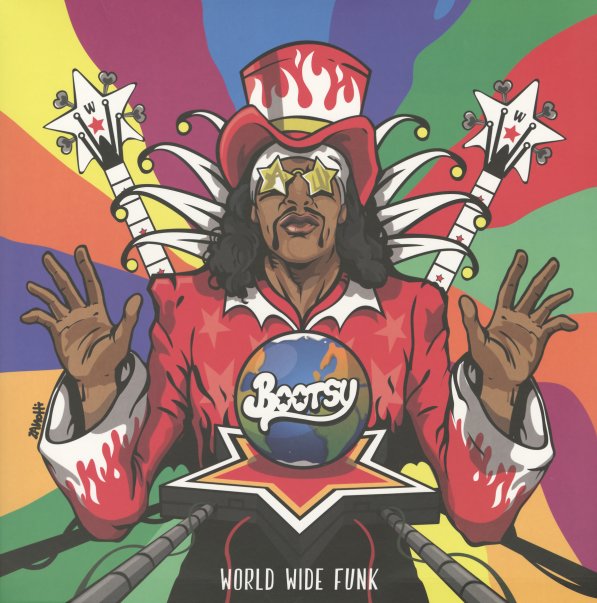 Bootsy Collins has always been a very collaborative artist – from his early work in the James Brown Band, to his famous recordings with George Clinton, to his own albums – which often included most of the leading lights of the P-Funk universe! That collaborative spirit is alive and well here – as Bootsy opens the door to invite a huge host of guests from the worlds of funk, soul, and hip hop – all to augment his groove, and help his classic music find a way to live anew in the contemporary generation! Nearly every track here has at least one guest – most have many more – and the album features contributions from Musique Soulchild, Doug E Fresh, Big Daddy Kane, Stanley Clarke, Victor Wooten, Dru Down, Mc Eiht, Bernie Worrell, Chuck D, Buckheat, and many others – all of whom participate in the general party vibe of the set. Titles include "Pusherman", "Thera-P", "World Wide Funk", "Candy Coated Lover", "A Salute To Bernie", "Hi On Heels", "Snow Bunny", "Worth My Wile", and "Come Back Bootsy".  © 1996-2020, Dusty Groove, Inc.
(Packaged in a nice LP style sleeve.)