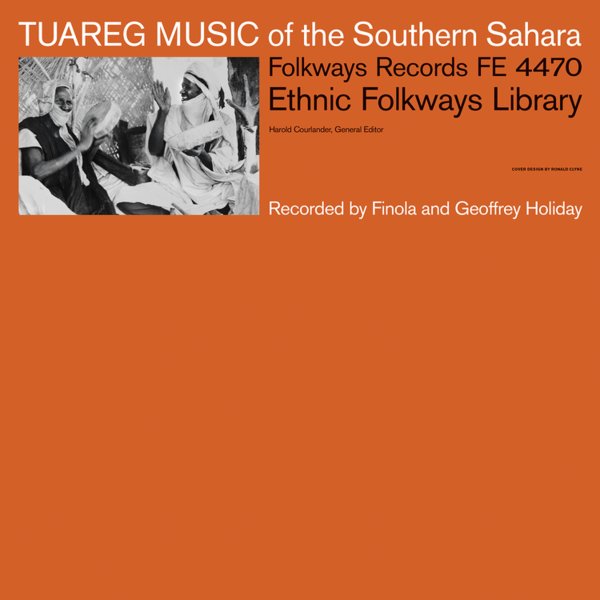 The sounds of the Tuareg culture have gotten some surprisingly strong global circulation in recent years – thanks especially to a few key guitarists who've gained international attention – but this 1960 recording by Folkways Records may well be one of the first times the music of the nomadic culture got exposure on this side of the Atlantic – all handled in a raw style that's very different than some of the more commercial recordings of the past decade! There's not really any guitar on here – and all the instrumentation is acoustic, usually heavy percussion mixed with some stringed instruments – used in ways that are pulsatingly rhythmic, and often featuring chanted vocals as part of the ecstatic tradition in the roots of the Tuareg sound. Titles include "Hunting Song", "Azale", "Song Of The Enaden", "Tohimo Dance", "Tarakemt", "Chikishikishin", "Ilougan", and "Camel Song".  © 1996-2021, Dusty Groove, Inc.
(Very nicely-done reissue – with all the heft of an orginal Folkways pressing!)