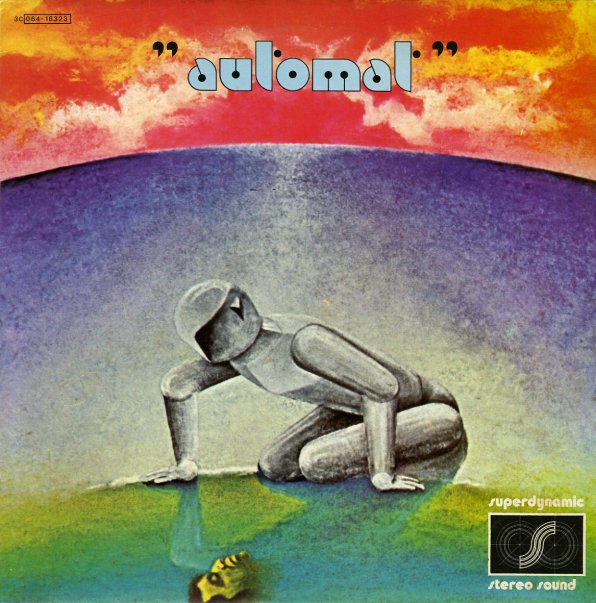 Sweet cosmic disco from the Italian scene of the 70s – a record that was produced at a time when the inspirations of Kraftwerk and Tangerine Dream were really finding their way into the clubs! The group is really just the duo of Romano Musumarra and Claudi Gizzi– and the pair work together in this wonderful array of beats, basslines, and keyboards that really move past the usual – sometimes evoking the majesty of the prog years, but always holding onto the groove – and at other moments creating the sort of lean lines that made European acts like this such a strong inspiration for American electro and street soul in the decade to come! Titles include the side long "Automat" suite – plus "Droid", "Ultraviolet", and "Mecadence".  © 1996-2023, Dusty Groove, Inc.

Black Knight
Cat/Regrooved (Netherlands), Early 70s. New Copy (reissue)
LP...$32.99 34.99
An excellent bit of southern funk – very much in the early mode of Little Beaver, but with a sound that's even harder! James Knight is The Black Knight – leading a tight little combo with a raw funky 45 sound, heavy on the horns for backing, but with James' guitar right up front in the ... LP, Vinyl record album

Love Is A Very Special Thing
EMI/Svart (Finland), 1975. New Copy Gatefold (reissue)
LP...$29.99 34.99 (CD...$16.99)
Finnish soul by an American singer – not the same Charles Williams that you might know from 70s jazz funk albums – but an even earlier talent, really shining brightly here in a soulful Scandinavian setting! The album's a really lost rare groove treasure – a record that almost has ... LP, Vinyl record album