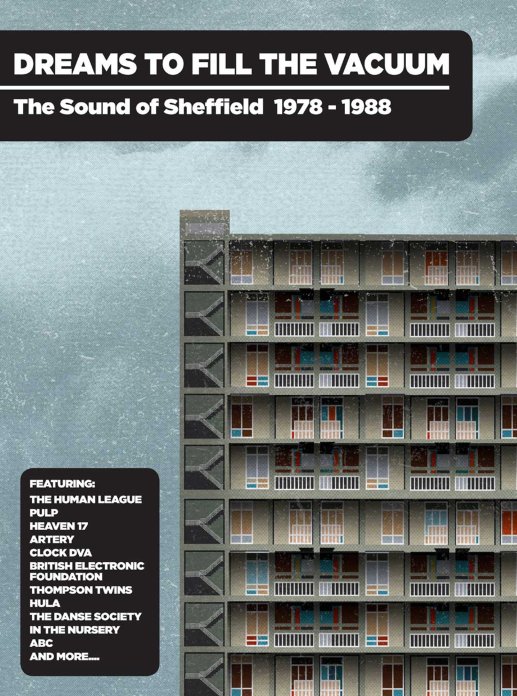 A really great look at the vibrant music scene in the UK city of Sheffield – a place that made its mark in so many different ways, you'll often find us referencing it in comments for other music on the website! The initial sound of Sheffield was an electronic one – an important voice in the post-punk years of England, where some of the initial experimenters were using analogue electronics in ways that were very different from more stodgy, more academic modes from other scenes – tuned more towards a replacement for guitars, and a way of serving up some of the darker British singles of the late 70s. Sheffield was maybe one of the more experimental, more political parts of the UK scene during the early 80s – but could also deliver a tuneful side too, in a shift that's really well documented in this collection. As things moved forward, Sheffield styles had a huge impact on other English recordings – but continued to show the way forward, with a special vibe all through the 80s – as you'll hear on this decade-long journey in music, supported by great and very detailed notes, presented in a cool book-style package. The set features 84 tracks in all – a huge collection of music – with work from Human League, Danse Society, De Tian, Molodoy, TV Product, Y?, Vision, Artery, Stunt Kites, Flying Alphonso Brothers, They Must Be Russians, I scream Brothers, Mein Glas Fabrik, Negatives, Chain, Hula, Dachau Choir, In The Nursery, UV Pop, Pulp, The Midnight Choir, The Anti Group, AC Temple, Scala Timpani, One Thousand Violins, ABC, Mau Maus, Acrobats Of Desire, and many others.  © 1996-2020, Dusty Groove, Inc.