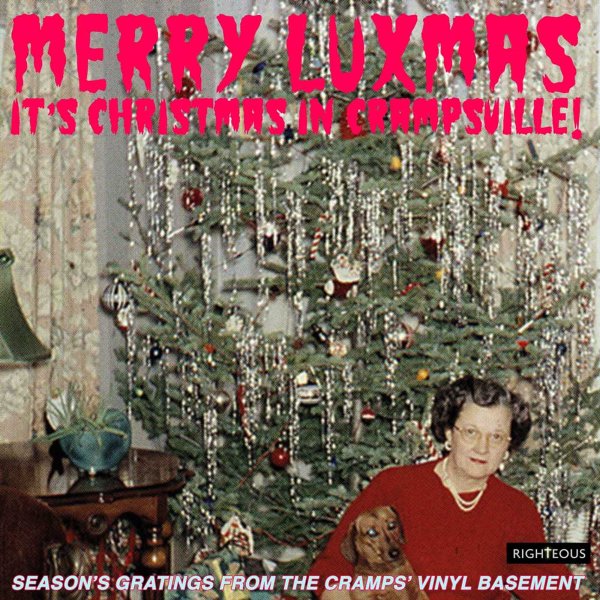 One of the craziest collections of Christmas music you'll ever hope to own – a fantastic assortment of rare and obscure Holiday singles from the record collection of The Cramps! The music is mostly from the end of the 50s and start of the 60s – a heyday not just for the 45rpm format, but also for mad experimentation in many styles of mainstream music – moments that could sometimes have the wit of a novelty single, or the searing power of a sonic powerhouse punch – all of which you'll get here on a hip assortment of 31 unusual songs of the season! Titles include "Santa Done Got Hip" by The Marquees, "Jingle Bell Hop" by Jackson Trio, "Santa Claus" by Bo Carter, "Did You Spend Christmas Day In Jail" by The Reverend JM Gates, "Eskimo Pie" by George Jones, "Swingin Santa" by Sandy Baron, "Christmas Boogie" by Sugarchile Robinson, "I Want A Hippopotamus For Christmas" by Gayla Peevey, "Cool Yule" by Tony Rodelle Larson, "I Want A Man For Christmas" by Joan Shaw, and "Bring That Cadillac Back" by Harry Crafton.  © 1996-2021, Dusty Groove, Inc.