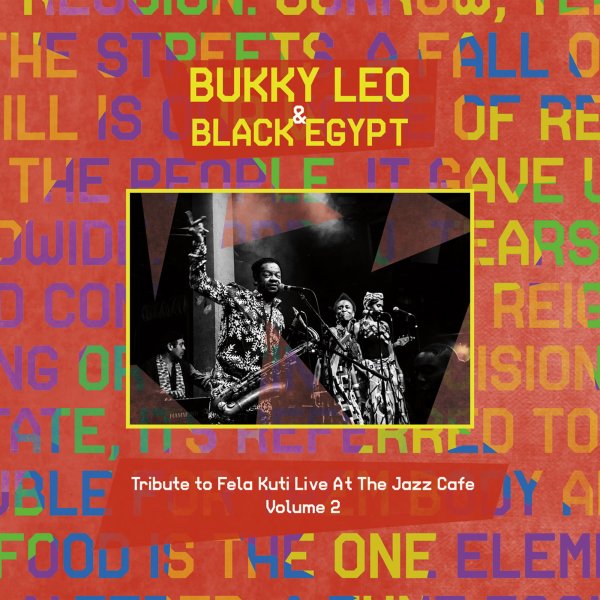 Saxophonist Bukky Leo grew up in Lagos, but has given his talents strongly to the London scene in the past few decades – where he's really made magic in a great criss-crossing of jazz with his Nigerian roots! Part of Bukky's long legacy is an annual tribute to Fela Kuti – and this set captures one of those performances in all its glory – a searing batch of long takes on original Fela tunes, spun out with a horn-heavy group, in a long-jamming style that replicates the best side-long takes of the Africa 70 group. Bukky blows tenor and vocalizes a bit, but the main focus is instrumental – on titles that include "Follow Follow", "Sorrow Tears & Blood", and "Confusion".  © 1996-2021, Dusty Groove, Inc.