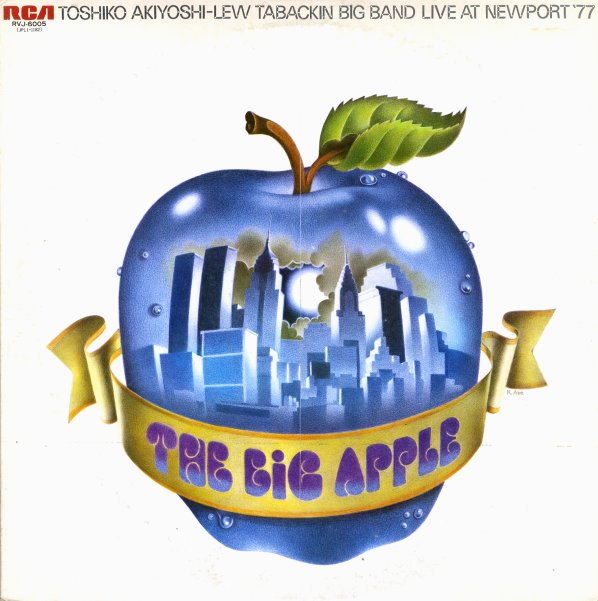 A fantastic live performance from this legendary ensemble – and a record that brings a nice sort of edge to the group's already great sound! It's a bit hard to describe – but somehow the live recording quality seems to create more intensity, maybe more urgency to the way the group emotionally communicates – maybe partly just the echo and open space of the recording, but also maybe the way the group seems to open up with a fresh on-the-spot energy. In addition to Toshiko Akiyoshi on piano and Lew Tabackin on reeds, the lineup features saxes from Beverly Darke, Dick Spencer, Gary Foster, and Gary Herbig; trombones from Bill Reichenbach, Charlie Loper, Phil Teele, and Rick Culver; and trumpets from Bobby Shew, Mike Price, Richard Cooper, and Steven Huffstetter. Titles include the always-great "Warning Success May Be Hazardous To Your Health" – plus "Road Time Shuffle", "March Of The Tadpoles", and "Strive For Jive".  © 1996-2020, Dusty Groove, Inc.
(Blu-spec CD 2 pressing!)