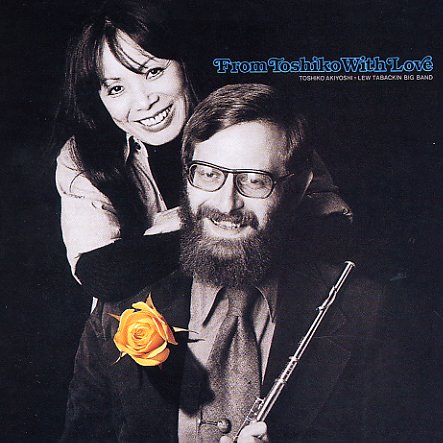 One of the lesser-known albums in the great run of big band records cut by pianist Toshiko Akiyoshi and reedman Lew Tabackin – and a set with a bit of a difference, too – as this time out, Tabackin wrote all the tunes, although Toshiko still handles all the arrangements and orchestrations! Some of the numbers are a bit shorter than on some of the other TALT group recordings – and it might be our imagination, but they also seem to have some more pronounced reed solos – moments that really remind us what a great saxophonist Tabackin can be, and a master of the powerful, yet understated emotional moment. Titles include "Tanuki's Night Out", "Falling Petal", "Yet Another Tear", and "A Bit Byas'd".  © 1996-2021, Dusty Groove, Inc.
(Blu-spec CD 2 pressing!)