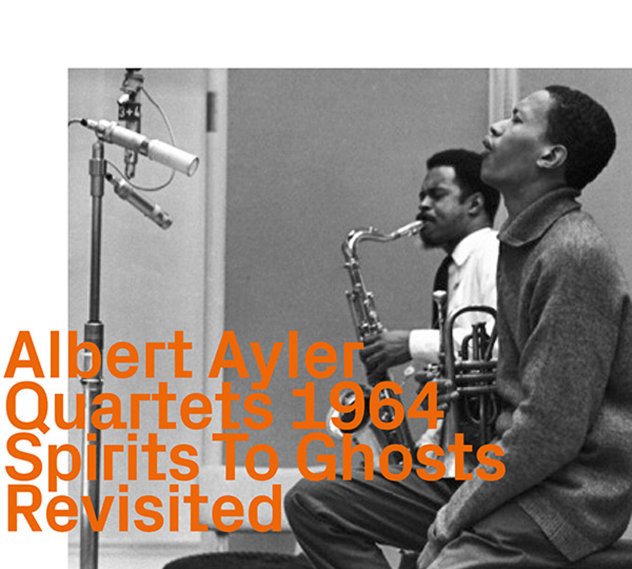 A pair of classic Albert Ayler albums from 1964 – back to back on a single CD! First up is Spirits – only the second album ever recorded by Albert Ayler, but a tremendous statement of music that clearly marks the tenorist as one of the most important jazz talents of the 60s! The set was recorded in New York, and only ever got initial exposure overseas – but has grown to become one of the best-remember Ayler albums over the years – thanks in part to a rock-solid lineup of equal visionaries in the group, a lineup that include Sunny Murray on drums, Norman Howard on trumpet, and both Henry Grimes and Earl Henderson on bass – playing together on the title track, which gives the whole thing a really tremendous power. Ayler's clearly the spotlight, though – shining his light with brilliance both in his phrasing of the tenor, and his sense of timing and inherent rhythm – which opens the door to whole new pathways in jazz. Titles include "Spirits", "Prophecy", "Holy Holy", and "Witches & Devils". Next is Ghosts – a seminal early moment from the legendary Albert Ayler – an important session recorded overseas in Copenhagen – where enthusiasm for Ayler's music caught fire more strongly than in the US! The group's got an edge that's maybe even sharper than some of Ayler's ESP material, but no less powerful – with Don Cherry on cornet, Gary Peacock on bass, and Sunny Murray on drums – working through tremendous readings of six Ayler classics that include "Ghosts", "Children", "Holy Spirit", "Vibrations" and "Mothers". A wonderful precursor to the ESP years – and equally great!  © 1996-2022, Dusty Groove, Inc.