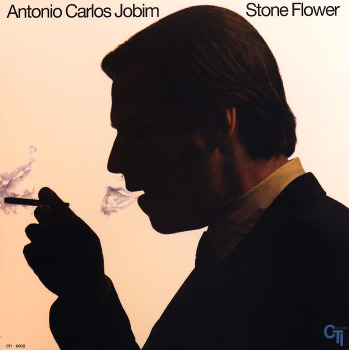 Wonderful World Of Antonio Carlos Jobim
Warner, 1965. Very Good+
LP...$19.99
The wonderful world of Antonio Carlos Jobim gets a whole lot bigger on this American release from the 60s – thanks to a collaboration with the great Nelson Riddle, the arranger whose work made so many of Frank Sinatra's albums so great! Riddle really understands the jazzy elements at the ... LP, Vinyl record album

Seeds On The Ground – The Natural Sounds Of Airto
Buddah, 1971. Near Mint- Gatefold
LP...$49.99 (LP...$30.99)
Easily one of the greatest records that Brazilian percussionist Airto ever recorded – a stunning blend roots and jazzy currents, and a set that follows strongly off his work in the group Quarteto Novo! The set's got contributions from one of his key partners in that combo – reedman ... LP, Vinyl record album

Jacaranda
Ranwood, 1973. Near Mint- Gatefold
LP...$99.99
Very cool album recorded by Luiz Bonfa in the US, with cool electric arrangements by Deodato, and a sound that's unlike anything else he's ever done! Some tracks even get downright funky, and there's a nice break or two on here, if you're the type that digs for that sort of thing. Titles include ... LP, Vinyl record album

Saudade Do Brasil (2LP version)
Elektra (Brazil), 1980. Very Good+ 2LP
LP...$29.99
A great little album by Elis Regina – recorded for Warner/Elektra at the end of her career, but very much in the spirit of her classic work for Philips in the 70s. Like so many of those records, this one features arrangements and keyboards by Cesar Camargo Mariano – and the list of ... LP, Vinyl record album

Agustin Pereyra Lucena
Tonodisc (Argentina), 1970. Very Good
LP...$29.99
Lovely bossa work from Argentine guitarist Agustin Pereyra Lucena – one of his first records, done in a style that's right up there with the best of Brazil in the 60s! Acoustic guitar is the main instrumentation on the set – supported by light percussion, warm basslines, and some ... LP, Vinyl record album