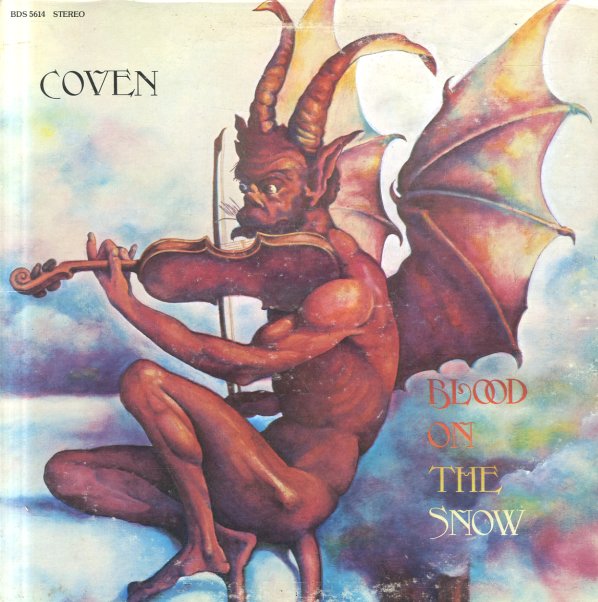 A strange shift in sound for Coven – a set that's still got all the satanic imagery of their classic Witchcraft record, but which has a more rock-based approach overall! The songs here are all pretty darn catchy – produced by Shel Talmy with a good mix of compressed guitars and vocals – so that the fuzz of the former do a good job of shaping the sound of the latter – bringing out a tunefulness in Coven that echoes their radio hit "One Tin Soldier", even though this album's more of a rocker overall, with a sound that's maybe a mashup of influences from hard rock and glam. Titles include "Blue Blue Ships", "I Need A Hundred Of You", "Hide Your Daughters", "Lost Without A Trace", "Easy Evil", and "Blood On The Snow".  © 1996-2021, Dusty Groove, Inc.
(Limited edition – on white & red vinyl!)