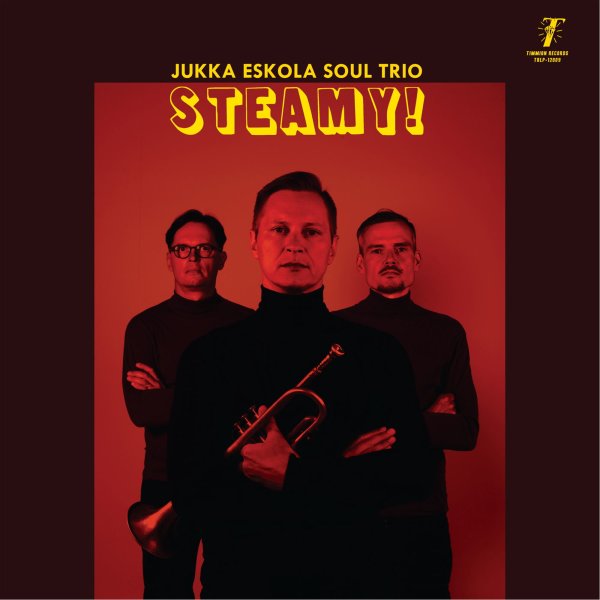 An excellent group, and one with a really great concept – a fresh take on a format that was big in the 60s soul jazz scene, but spun out in a very unique way – both in terms of instrumentation, and in terms of the groove! Trumpeter Jukka Eskola heads the trio, which also features Hammond from Mikko Heleva and drums from Toppo Makynen – a mode that was more famously used in tenor/organ combos, like the match of Don Patterson and Sonny Stitt on Prestige Records – but which has never been found in this format before! The trumpet turns out to be a great sound in the frontline, and is given some changed-up rhythms here to work with – not straight soul jazz or funk, and instead a mixture of complicated elements that move the tunes throughout a great range of grooves and colors – really showing all the wonderful sounds that Jukka's been capable of giving us over the years. Titles include "Stick Of A Branch", "Jongo Street", "Tiny B", "Old Stories", "Smash", "Five On Three", and "Steamy".  © 1996-2021, Dusty Groove, Inc.