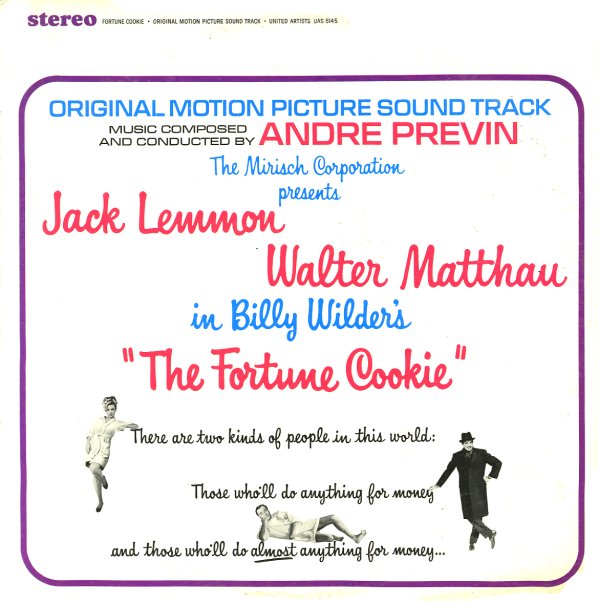 A pretty nice Andre Previn soundtrack for this late Billy Wilder film that starred Jack Lemmon and Walter Matthau – plus the young Judi West, who sings a version of "You'd Be So Nice To Come Home To" on the album. The rest of the tracks are split pretty evenly between light jazzy numbers (side one), featuring Previn's piano in the lead – and orchestral dramatic numbers (side two), directed with a pretty serious feel. Titles include "The Bad Guys", "The Nice Guys", "Second Chance", "Waltz Of The Fortune Cookies", and "The Detectives".  © 1996-2020, Dusty Groove, Inc.
(Stereo pressing. Cover has light wear.)

It's A Mad, Mad, Mad, Mad World
United Artists, 1963. Near Mint- Gatefold
LP...$2.99
One of the craziest cross-country films ever made – with a host of stars so big we'd have to rent another website just to list them! Ernest Gold does a pretty nice job with the soundtrack – maybe not as all-out goofy as the story, but in a nice way that really helps to anchor the ... LP, Vinyl record album