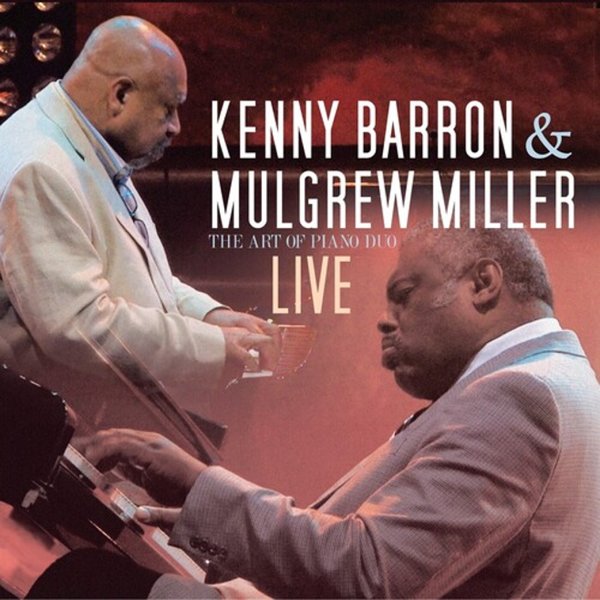 A trio of live performances from the duo of Kenny Barron and Mulgrew Miller -- all concerts featuring just the two pianists working alongside each other, in a mode that has both players stretching out beautifully! There's no other instrumentation at all -- no bass, drums, or horns -- so Barron and Miller also trade back and forth with rhythmic lines while the other is flying freer on a solo -- all a wonderful demonstration of their genius at the keys! The set features performances from three different shows, one in 2005, two in 2011 -- and there's a few solo numbers along the way too. Titles include "Joy Spring", "Yardbird Suite", "It Could Happen To You", "Never Let Me Go", "Stars Fell On Alabama", "I Mean You", "Blue Monk", "Have You Met Miss Jones", "I Got It Bad & That Ain't Good", "When Lights Are Low", "The Very Thought Of You", and "Song For Abdullah".  © 1996-2023, Dusty Groove, Inc.

Connected (with bonus track)
Chien Chien Lu, 2023. New Copy
CD...$11.99 15.99
We love the vibes-heavy music of Chien Chien Lu, and love it in an even different way here, as she collaborates with bassist Richie Goods – an artist who really helps deepen the sound of her music, and creates this great balance between bass and vibes that's completely amazing! You might not ... CD

Songs Of Ascent Book 1 – Degrees
Greenleaf, 2022. New Copy
CD...$12.99 13.99
Trumpeter Dave Douglas heads up a group here that he's been with for over a decade – a really well-matched, sharp-edged lineup that also features Jon Irabagon on saxes, Matt Mitchell on piano, Linda May Han Oh on bass, and Rudy Royston on drums – players who seem to slide effortlessly ... CD