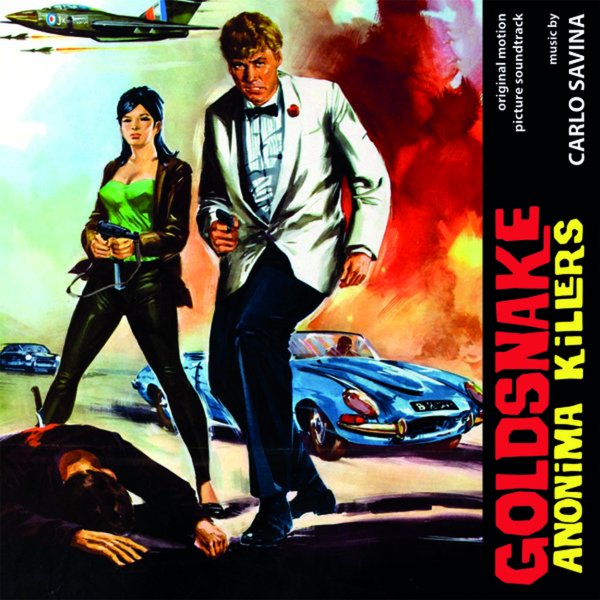 That's Goldsnake, not Goldfinger – but the soundtrack here from Carlo Savina is very much inspired by the James Bond music of the 60s – and served up in a great range of spy, mod, and crime jazz styles! The main theme gets a vocal reading at the start, but is transformed into other groovy instrumentals throughout – and balanced with some more mod jerk and shake-styled instrumentals that are heavier on electric bass and guitar, with overall results that may well be groovier than the best work that John Barry did for 007! CD features 17 tracks in all – and is an overlooked gem from the 60s spy spoof years.  © 1996-2022, Dusty Groove, Inc.