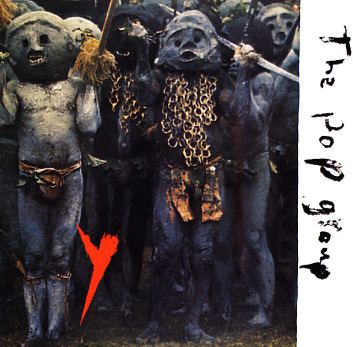 A seminal punk-funk classic from the end of the 70s – one that's as brilliantly abrasive and brashly fresh today as it was when it was released! The group are working here in equal parts dub, funk, and lots of scratchy guitars and heady bass – with a style that would later be picked up more strongly by On-U in the 80s, but which is executed here with a much clearer vision that's free of any of the cliches that would later overcome the genre. Even the politics are surprisingly pointed – and Paul Stewart's vocalizations of most of the tunes is really dead on the money! Titles include "Thief Of Fire", "Snowgirl", "Blood Money", "We Are Time", "Don't Sell Your Dreams", "Words Disobey Me", and "Don't Call Me Pain". This great version features the original 12" single "She Is Beyond Good & Evil", included with the original album – plus a bonus large format poster too!  © 1996-2021, Dusty Groove, Inc.
(Remastered with bonus material and includes original large format poster, and high def digital version!)