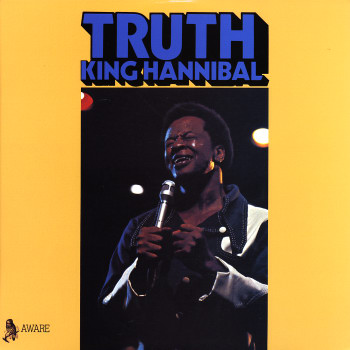 Mad funky soul from King Hannibal – a down and dirty singer from the Atlanta scene of the 70s! The notes on the back say "He's black, he's proud, he's arrogant – the combination is powerful" – and we've gotta say that we agree with that assessment, because King really grabs his groove from the very first note on the set! Backings are hard and funky – lots of fuzzy guitar work from Herman Hitson and Lee Moses – and the tunes come across with a gritty mode that sometimes rolls into mellower southern soul styles, but still never lose their edge. Bits of politics creep into the lyrics nicely, but never get in the way of the groove – and tracks include a long version of Hannibal's classic "Hymn No 5", plus "Party Life", "I Got That Will", "The Truth Shall Make You Free", "Wake Up", "Black Girl", and "It's What You Do".  © 1996-2022, Dusty Groove, Inc.