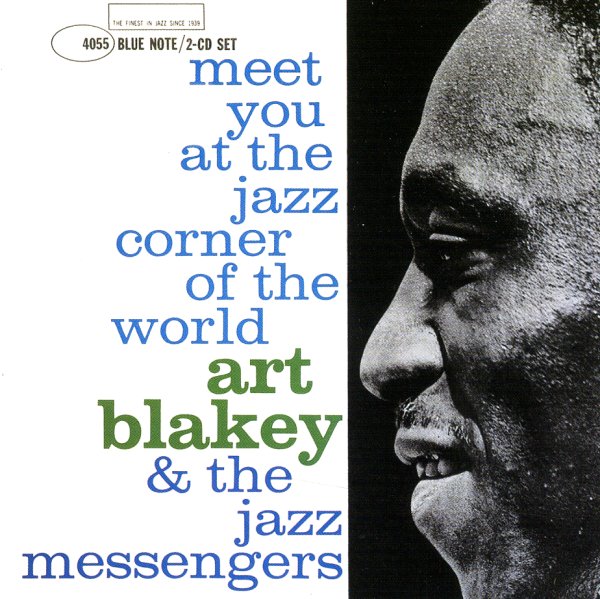 Art Blakey and the Jazz Messengers, recording in the very familiar territory of the Birdland nightclub – in a format that was handled previously by the Blue Note label, but maybe never with a lineup this great! The performance features the sublime frontline trio of Lee Morgan on trumpet, Wayne Shorter on tenor, and Bobby Timmons on piano – all players that are their youthful best, and completely on fire with creative imagination under Blakey's leadership – the start of a great run for all of them as solo stars too. The tracks are long, and even if the tunes are sometimes familiar, the performances are spectacular – that special Jazz Messengers energy that makes records like this so great. This second volume includes the tracks "Night Watch", "The Summit", "High Modes", and "The Things I Love".  © 1996-2021, Dusty Groove, Inc.

Blacks & Blues (180 gram pressing)
Blue Note, 1974. New Copy (reissue)
LP...$22.99 24.99
The greatest moment ever from the legendary Bobbi Humphrey – a funky, soulful flute player who had more than her share of great moments over the years! This set may well be the summation of all the genius that Humphrey had to offer – a collaboration with genius producer Larry Mizell, ... LP, Vinyl record album