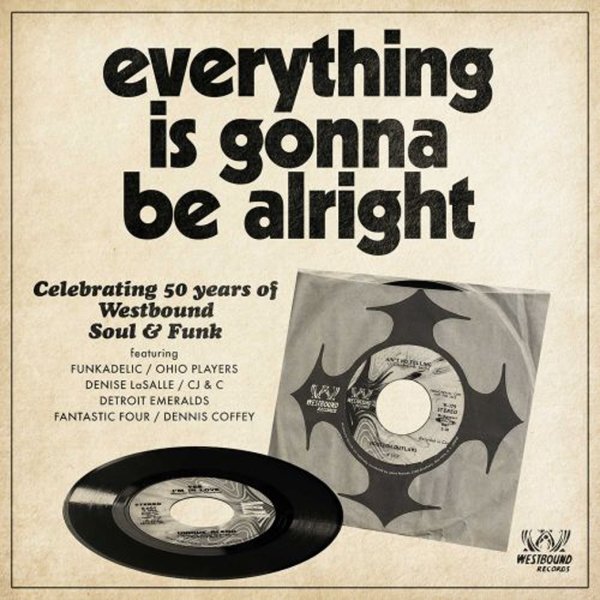 A massive celebration of the legendary Westbound Records – a Detroit record label started at the end of the 60s, and one that took the Motor City into much heavier territory than Motown! Westbound was the initial home of both Funkadelic and Ohio Players – and the imprint had a great ear for the kind of deeper, funkier side of the soul music spectrum – both with big groups like the two we just mentioned, and with a host of lesser-known singers and combos too! This package brings together two dozen key singles on Westbound – but not the giant hits, and instead the kind of songs that illustrate that key special touch that really set the company apart from the rest – even as the 70s moved on, and elements of club music started coming into their groove. Titles include "I Love You" by The Motivations, "A Letter From Vietnam" by Emanuel Lansky, "Everything Is Going To Be Alright" by Bill Moss & The Celestials, "Ain't No Telling" by Houston Outlaws, "Yes I'm In Love" by Unique Blend, "Why Not Start All Over Again" by The Counts, "I've Changed" by The Magictones, "I'll Bet You" by Funkadelic, "Music Man (part 1)" by Pleasure Web, "Get Up Off My Mind" by Denise LaSalle, "Baby Let Me Take You In My Arms" by Detroit Emeralds, "Devil's Gun" by CJ & Co, "Get Ya Some" by Melvin Sparks, "Alvin Stone" by Fantastic Four, "If You Love Him" by Junie, "Calling Planet Earth" by Dennis Coffey, "Crazy Legs" by Donald Austin, and "Funky Worm" by The Ohio Players.  © 1996-2022, Dusty Groove, Inc.