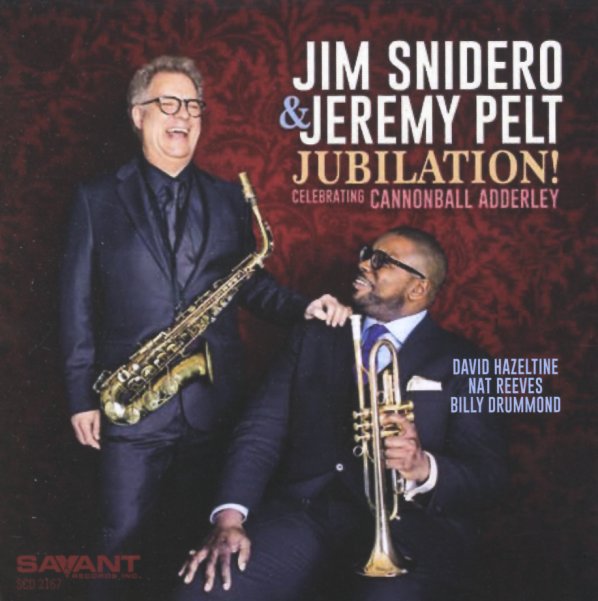 A tribute to the greatness of the Cannonball Adderley Quintet of the early 60s – and trumpeter Jeremy Pelt and altoist Jim Snidero take things back to the style of Cannon and brother Nat! Yet the sound here is also nicely different – older tunes, handled in a soul jazz mode, but also swung with a bit more of a contemporary vibe – one that comes from the bright, bold piano lines of David Hazeltine, given a nice rhythmic kick from Nat Reeves on bass and Billy Drummond on drums! Pelt and Snidero are also very much their own men too – not slavishly recreating the phrasing of the Adderley brothers, but instead shaping things with a very different spirit – especially Pelt, whose sense of sparkle is always appreciated. Titles include "Del Sasser", "Wabash", "Sack O Woe", "Ball's 90th", "Work Song", "Party Time", and "Saudade".  © 1996-2022, Dusty Groove, Inc.
(Punch through barcode.)