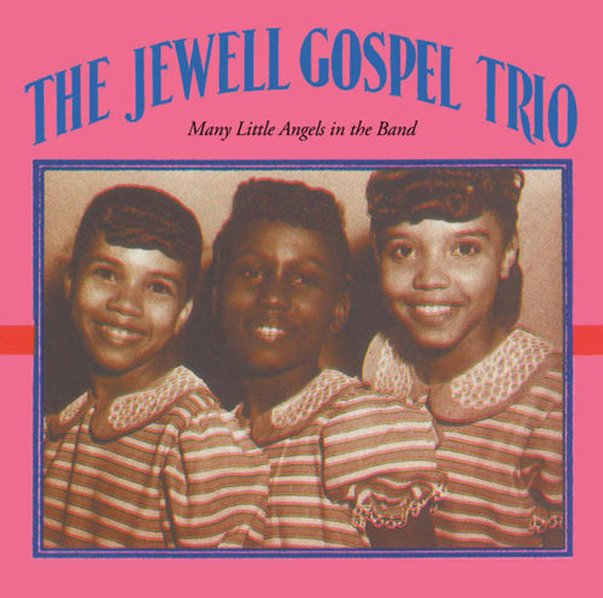 Many Little Angels In The Band

An essential collection of rare material by this important female gospel trio of the 50s – a group who's not only known for bringing a style to the music that was ever bit as great as male group gospel of the pre-soul years – but who also are the initial early home to later soul superstar Candi Staton! As you can tell by the cover image, the girls are quite young – at least on many of these recordings – but this isn't kiddie music at all, as there's a deeply soulful style of singing that's very mature, and which instantly sets fire to these messages of spirit – with a vibrant style that usually just features some romping piano in the lead, alongside dynamic vocals. The lineup shifts a bit, but Candi is on most of these recordings – which also saw the light of day on Excello as singles – and the set also features a few tracks from later years, with Shirley Ann Lee on vocals. Titles include "Many Little Angels In The Band", "At The Cross", "Rest Rest Rest", "Too Late", "Sin Is To Blame", "It's All Over Me", "My Faith Is In Thee", "I Looked Down The Line & I Wondered", and "Somebody's Knocking At Your Door".  © 1996-2022, Dusty Groove, Inc.

D-Vine Spirituals Records Story Vol 1
D-Vine/Bible & Tire, 1970s. New Copy
CD...$11.99 15.99
A stunning overview of work from the small D-Vine Spirituals label in Memphis – a really homegrown imprint who were as important to the sound of the city's spiritual music as Stax Records was to soul in the 60s! In fact, the vibe here is often more 60s than 70s – maybe a testament to ... CD