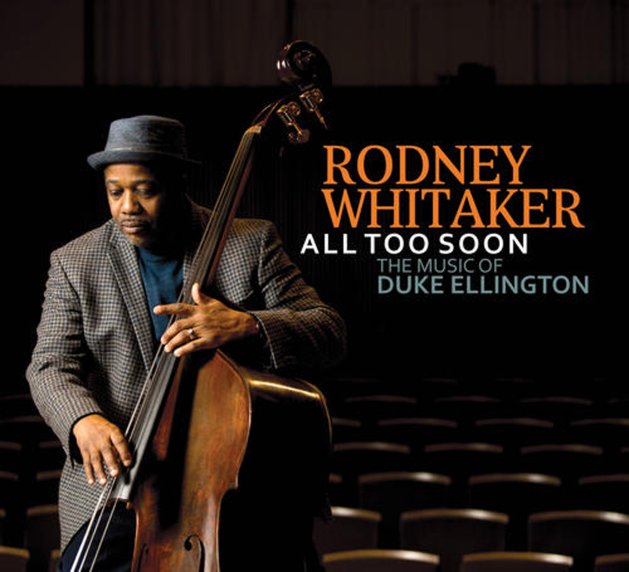 All Too Soon – The Music Of Duke Ellington

A very fresh take on the songs of Duke Ellington – presented here by bassist Rodney Whitaker, with a tight combo sound that resonates strongly with his other great records! The tunes are definitely Duke's, but the presentation is pure Whitaker – hip, soulful, and reworked with nicely contemporary elements – played by a strong lineup that features Michael Dease on trombone, Brian Lynch on trumpet, Diego Rivera on tenor, Richard Roe on piano, and Karriem Riggins on drums – plus vocals from Rockelle Whitaker at a few points too. It's nice to have the bass up in the lead on some of these tunes – and titles include "Cotton Tail", "All Too Soon", "Perdido", "Come Sunday", "Azure", "Caravan", "Harlem Air Shaft", and "Take The A Train".  © 1996-2021, Dusty Groove, Inc.