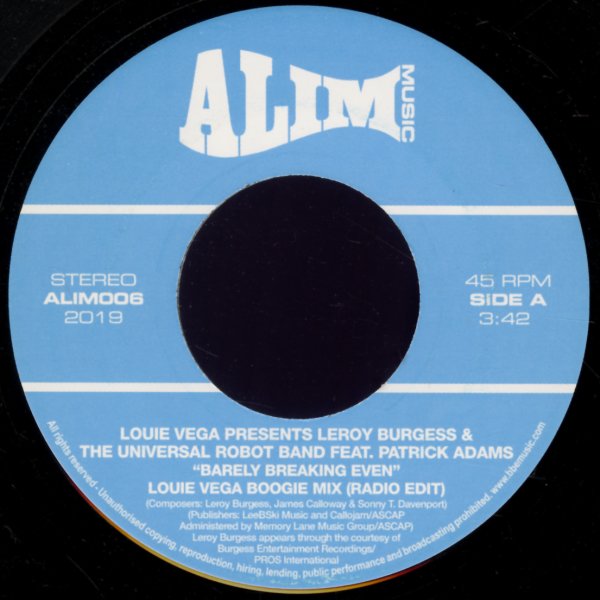 A fantastic return to form for everyone involved – as underground club legends Patrick Adams and Leroy Burgess get a whole new groove from Louie Vega – but with a warmly soaring vibe that's a great update of their classic approach! "Barely Breaking Even" is a classic from the Universal Robot Band – but this new take has both vocals and production that are a lot warmer than the original P&P Records version – and a groove that's even catchier too!  © 1996-2021, Dusty Groove, Inc.