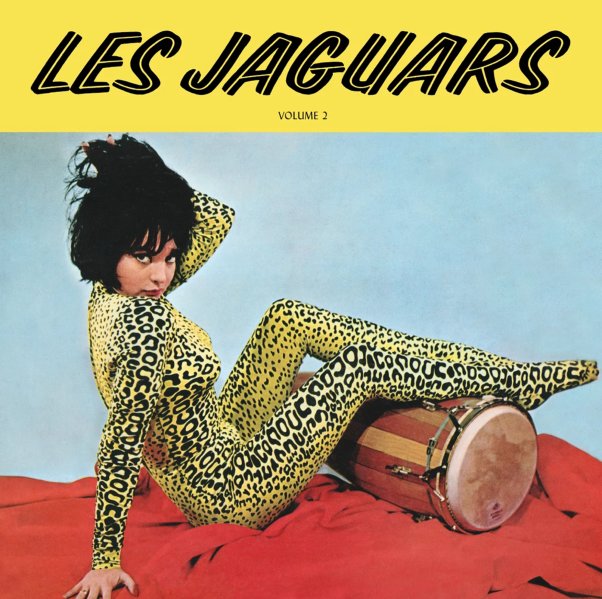 A record with a sexy cover and a slinky sound to match – the rare second album from the cool French instrumental combo Les Jaguars – a 60s group who start in modes that resemble American surf guitar, but really take off into some great directions of their own! The style here is familiar – bass, two guitars, and drums – but the quality of the instrumentation gets nicely complex, and opens up way past catchy themes and references to sand and surf – as the group turn in mostly original tunes throughout, and have some especially great interplay between the two guitars – at a level that might normally be carried by an additional keyboard or tenor sax. The record's a hell of an instro rocker – way more so than you'd guess from the cheesecake cover – and titles include "Tourbillon", "Guitare Cha Cha", "Melle Yeye", "Guitare Strip", "Guitare Jet", "Dors Mon Amour", and "Jaguar Shake".  © 1996-2021, Dusty Groove, Inc.
(2nd pressing on clear yellow vinyl – limited to 500!)